A couple of weeks ago I had the privilege to (again) present at the Food & Drug Law Institute’s (FDLI) annual “Tobacco Conference: Tobacco and Nicotine Policies and Products at a Regulatory and Legislative Crossroads.”

During the day the audience heard from the FDA, CDC, Truth Initiative, and various researchers and consumer groups. I joked that FDLI should have seated attendees according to whether they were for or against less harmful alternative products like e-cigs. It was abundantly clear which parties eagerly awaited the demise of the diverse vapor space (thanks deeming regulations!) and which did not.

This also was evident during my panel discussion, “Preventing Initiation and Use of Tobacco and Nicotine Products by Children and Adolescents,” which focused on underage use of tobacco products. While the CDC continues to put out numbers showing an increase among teens in the use of vapor products, the National Institute of Health’s Monitoring the Future Survey actually found declines in underage usage. And while the use of combustible tobacco has decline considerably, the facts are vapor products are only sold to adults and are illegal for minors. But that story is for another day. 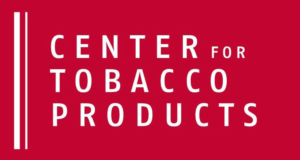 What really piqued my interest was Mitch Zeller’s shift on the nicotine debate. As director of the FDA’s Center for Tobacco Products, Zeller delivered one of three keynote addresses during the conference. In the past, Zeller has pragmatically and reasonably addressed the nicotine debate often quoting famed tobacco harm reductionist Michael Russell by saying “People smoke for the nicotine but die from the tar.” Now he is asking that the public health debate focus on the harms caused by combusted tobacco vs. nicotine. Given the final deeming regulations, clearly Zeller’s opinion and other prominent harm reductionists have not manifested in the FDA’s actions.

Prepared to hear more of the same I was surprised to hear Zeller pull back from the “nicotine is not the great evil” argument. Noted for his low-key demeanor and skill  at not being pinned down to anything, he delivered this new message without hesitation.

Soon congressional leadership will decide the immediate future of the vapor industry in the form of the Cole-Bishop Amendment, a modification to the 2017 appropriations package that would move the predicate date from February 15, 2007 to August 8, 2016. This may be the industry’s last chance solution to the onerous regulatory landscape set forth this past summer.

It’s possible that Zeller was setting the stage for a fight given that he has publicly stated the FDA is firmly opposed to the Cole-Bishop Amendment while the vapor space is trying to garner as much support as possible for Cole-Bishop.

Impossible to imagine, if Cole-Bishop is not included in the appropriations package, harm reduction champions will have an even heavier lift in 2017 – practically starting over from scratch.

Alternative products like e-cigs already face an epic fight. But if the focus is on harm reduction like Zeller mentioned, and science has shown that vapor products are dramatically less harmful than combustible tobacco, it would seem to be a no brainer, right?

Apparently logic doesn’t have a place in today’s vapor debate. In the face of this adversity, the vapor space needs to double down and pull out all the stops and ensure passage of the Cole-Bishop Amendment.